Do you think Nick and Gabi are meant to be? Let us know in the comments below. Visit Soaps.com’s Flashback In GH History to brush up on Scott Baldwin's history in Port Charles.

Read Soaps.com's Revenge Recap: Sabotage to see how far Aidan and Emily progressed with their plan. Then, get nostalgic and relive one of your favorite soaps with Soaps.com's Soap history: Loving. 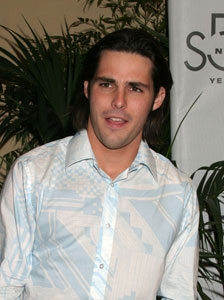 When Chad stood up to stop Gabi and Nick’s wedding last week, he was only the latest in a long line of people who have interrupted some nuptials in Salem. And while Chad may have been motivated by revenge, it was love – and some heavy medication – that motivated Shawn to drive his motorcycle through the church when Belle was tying the knot with Philip.

Belle returned to Salem from Italy in 2004 when she heard Marlena was a suspect in the Salem Stalker crimes. Belle ended up covering for Marlena and some of her shady behavior, but soon the stalker struck again, this time taking Shawn’s grandmother, the iconic Alice Horton. Devastated, Shawn left town to clear his head.

Adding insult to injury, an unstable Jan Spears returned to Salem and had more on her mind than getting reacquainted with everyone. Her first order of business was informing Belle that Shawn had joined the merchant marines and wouldn’t be returning to her.

In reality, Jan had abducted Shawn and was holding him captive in the hopes of getting him to love her. Meanwhile, Belle turned to her friend Philip, who had been secretly pining away for her. They spent more and more time together while Jan spent her time brainwashing Shawn. She showed him pictures and videos of Belle and Philip together in order to convince him that Belle had moved on without him.

Shawn refused to succumb to Jan’s machinations and managed to escape from her clutches – only to have a horrible motorcycle wreck that took part of his memory. In fact, when he came to he actually believed Jan to be his girlfriend and, remembering what Jan showed him, believed Belle and Philip were together too. He was bitter and surly and pushed away the people who really loved him.

Seeing that he was under Jan’s spell, Belle again turned to Philip who finally confessed his feelings for her and they decided to wed. But in the days leading up to the wedding, Shawn and Belle confessed their love to each other too and made love in a barn during a blizzard (conveniently forgotten by both afterwards thanks to hypothermia).

Belle still planned to marry Philip though, and on the big day in 2005 a confused and medicated Shawn crashed his motorcycle through the church window at the wedding. His attempt failed and Belle and Philip became man and wife anyway.

Days of our Lives Video: Without A Hitch