Kate’s cancer storyline is not interesting in the least, because it’s only shown once a week or so, which doesn’t give it time to resonate. It doesn’t help that none of her friends are visiting her and that she’s in full evening makeup at all times. How are we supposed to take her seriously? I’m losing patience with this.

Nicole the hysterical feminist?
Her miscarriage scenes rocked. In fact, 68% of you voted that those sad scenes with Nicole's baby loss were the best scenes from November 24-28! She went off on Stefano and EJ, when her secret was threatened and Stefano flew in an obstetrician from Zurich! Stefano’s line "I thought caring for your unborn child would trump your hysterical feminism.” I found that line a little offensive, but Stefano is an old fashioned geezer, so what more can we expect? Nicole as a feminist, well, she’s no Gloria Steinem. She’s perhaps more of a post-feminist.
When EJ finds out that she is lying, he will never forgive her and yes, I bet that he will leave her. If this was meant to be, she wouldn’t have to force it. Doesn’t she realize she’s dealing with a DiMera? I’m wondering how he’ll react when he finds out the truth about both of his children?

Nicole and Brady, BFFs:
While I like these two in scenes together, I’m already bored of their never-ending conversation about her secret. Nicole is still hiding her miscarriage from EJ and Brady, the only one who knows about this, other than Brookville hospital staff, is trying to get her to come clean. Since he’s straight out of Narcotics Anonymous, he’s trying to help Nicole with her alcohol dependency. Dude, I say just run. RUN! I don’t think she needs help. She’s doing alright on her own. In fact, she’s got a new idea, thanks to adopted Max. She’s buying her time until she can buy a baby and pass it off as hers! Just when is Sami due, anyway? Before hers would have been. Months before, but we’re not supposed to realize this so, shhh!

What would be their name? Rami or Safe?
Rafe will be around after the safe house story ends. Does that mean these two will get together? If Sami would grow up, it would be fine. He’s a fun character. They didn’t argue as much this week and seemed to grow closer. Not unusual. Two people thrown together in a safe house are bound to bond, eventually. I loved the scenes with Hilda, who brought Sami photos of her kids, though I’m a little upset that Hilda’s likely not going to be crusty anymore. Why does every character have to be nice? Dreadfully boring. Sami’s going a little wacko, being cooped up like that. Did you see Friday’s show? Hilda asks if she can get Sami food. Sami says, “I’m not hungry.” Then, she turns to Hilda and in the same breath asks, “What have you got?” I’m a little “eskeerd”!

It’s alright to ignore that pesky Physician’s Oath:
Daniel, who is still much of a mystery, finds Chloe and Lucas outside Kate’s hospital room and tells them that they’re going to kill Kate’s immune system and rebuild it from scratch. She needs a bone marrow transplant; he says….and then he admits that he hasn’t told Kate this yet! Doctors often do this on soaps. It really should only happen for a reason – when somebody’s listening in and can report it. Otherwise, it just takes us away from the story.

Melanie, Philip, Stephanie:
Melanie is living with Maggie and they’ve had a very slight bonding session on the pier, when Melanie admitted she wanted to do something nice for Philip. It was a great scene. Melanie is interesting, because she’s got so much more going on inside her that we still don’t know about. She didn’t know what to do for Philip and got super excited when Mags suggested testing to be Kate’s marrow donor. She seems to have been raised by a pack of wolves or herself, and knows nothing of what humans are to do. Good thing Mags is looking out for her.

Now, where does Stephanie live? Anyone know? The cocoa in the park scene with Kayla and Steve were random and didn’t fit. Couldn’t she have told them at home that she’d like to help Philip? I think she’d like to help herself to Philip.

Max and the box:
I forgot completely about the box, since it was weeks ago since Trent’s will was read. Max needs to be a man and simply open the freaking box. Spoiler…There’s a toy inside it from Trent, which is a bit of a disappointment.

And on that note, I’m out of here! Those are my thoughts for this week. Agree, disagree. I’m cool either way, but I’d love to hear your thoughts. Sometimes hearing a different viewpoint makes us see things differently. As you can see, I need help on the Chloe/Lucas front, still! 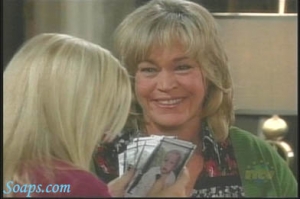 These are the “DAYS” of my week from December 1-5:

EJ, and the DiMera threats:
EJ couldn’t get the prognosis of Nicole or their baby from Dr. Baker, due to a little thing called a physician’s oath, so he does what any DiMera would do and threatens the doctor! That odd character, Doc Baker put EJ in his place by telling him that he should just talk to Nicole, if he wants to hear the prognosis! This scene I originally thought was showing EJ in a controlling light and mistrustful light, but I realized later that EJ truly cares for Nicole and is simply trying to ensure she and their baby is healthy. Next week, Stefano will council EJ to marry Nicole. I think Stefano should stay out of it. Just because they’re having a baby (not really) does not mean they should marry. He’s so old fashioned. I’m glad he’s back on canvas. Matt and I (of Matty’s Musings on Soap Opera Fan and Guiding Light news writer on Soaps.com) were discussing him early Wednesday, wondering why the show brought him back if only to back burner him so much. Now I see that he’s back and involved in a blood diamond storyline. Fantastic! I’m thrilled and it was all very exciting on Friday. Hoping this means more of that to come.

I think it’s odd that they don’t have an intercom system in the manse. Stefano asked Mary, the maid, to go find EJ for him. Is that really in Mary’s job description? And Mary’s too nice. I’d like to see her a little crusty sometimes. Make it interesting. I miss John’s manservant, Rolf.

Marlena’s big yap:
I disagreed with how Marlena reacted to John saving her from the killer. She carried on that he could have hurt the kids? Er, so could the killer have! Johnny wasn’t even there. Nobody was there, so she should be thankful she’s alive. Because of John. Later on in the week, she stepped over some boundaries when she told Brady that John was going into therapy. That’s not up to her to say. This set the scene for her meeting later in the week with Dr. Taylor, who is really nice and seems to look up to Marlena. Marlena’s line was very odd, upon meeting this Doctor, when she expected Dr. Kenneth Taylor, she says to Charlotte, “That’s impossible! Dr. Taylor is a man!” Yes, she was surprised, but it was a ridiculous line, especially for a psychiatrist to use. She was jealous and imperious around Dr. Taylor. John, of course fed into it. He seemed to tease her and kind of flirty with Dr. Taylor, in his own way. I think Dr. Taylor’s going to help John. Not that it’s a newsflash. I mean, these two are gone in a month, so something has to give, right?

Chloe and Lucas got engaged:
Rush, rush, rush! Still, it was a fun scene, between friends. No chemistry. No spark. I find that for the most part, Chloe is insincere. Break them up, please.

Chloe was as shocked as Kate was to find out that she’s a match for the bone marrow transplant, but since Chloe’s still on drugs for her cancer, that’s impossible for her to take part in this. It would compromise her immune system. But Dr. Dan, mystery man, may have found a way around this. Is this all done to make Chloe and Kate pals? I just don’t know where they’re going with it!
Lucas’s lines have kept me sniggering lately. When Kate calls Chloe a venerable woman, Lucas perks up and says, “That means you’re one tough cookie.” Chloe didn’t even give him a dirty look!

Nicole and Kate are sooooo scientific!

Extra, Extra, this just in: Cancer is caused by bad Karma:
Both Kate and Nicole cried bad karma during the week. Of course, this is scientifically impossible! I cringe whenever I hear it. If I were Daniel or Brady, I’d have this advice….Kate the cancer may be from second hand smoke inhaled over the years. Nicole, you lost your fetus because of scarring in your uterus and because the fetus was not viable…You K-mart clad bim. Read a book! 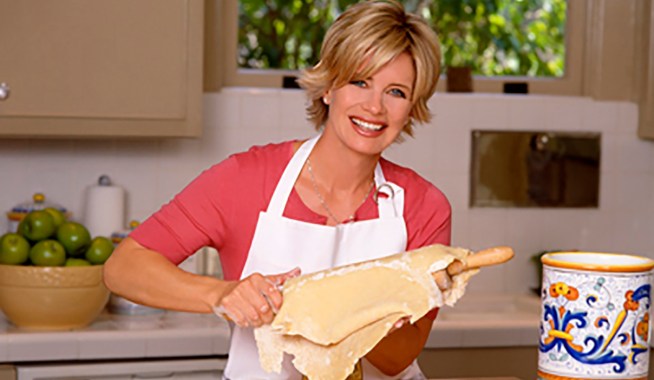 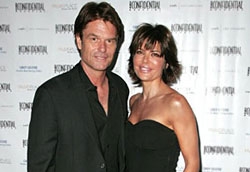