The Mentalist Casts Days of our Lives’ Judi Evans 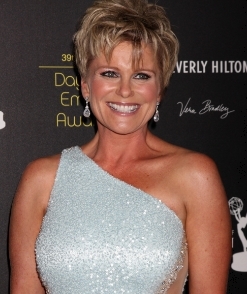 Although we haven’t been seeing much of Judi Evans (Adrienne) around Salem, she will soon be popping up on Primetime. Her rep has confirmed that the actress has been cast as State Senator Elaine Dawkins on the CBS series, “The Mentalist.”

Look for her to start appearing in episodes in January 2013. The character will have a multi-episode arc. Soaps.com will let you know when her official air dates are released.

Don’t forget to take a look at our Throwback Thursday DOOL Poll: Marlena And Hope.

Take a peek at Kat Von D’s ring in our Celebrity News. And let us know what you want to see next in our DOOL Poll: The DiMeras.