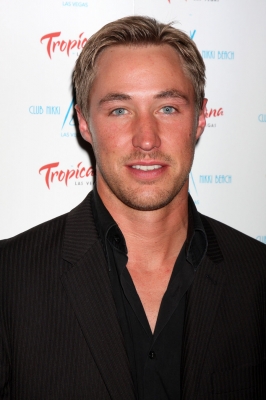 Brady Black has always had a tumultuous relationship with his stepmom, Marlena Evans. Our flashback looks back on their rough patches over the years and how they were able to turn things around enough for him to occasionally call her “mom.”

After Brady’s mom Isabella Toscano died when he was a baby, his dad John Black took back up with his ex Marlena while she was still married to Roman. Their tryst brought along Brady’s half-sister Belle, named after his own mother. Roman found out about the affair, dumped Marlena and she eventually remarried John after his marriage to Kristen ended. Brady became bitterly resentful toward Marlena.

In 2000 Brady experienced SORAS to become a teenager, portrayed by Kyle Lowder. He was spoiled and mean and was not trusted by many, including Marlena. Of course the feeling was mutual and he felt he was never as important to her as Belle. He also thought she was a bad mother to Sami and Eric.

They fought constantly and Marlena was even convinced that Brady tried to kill Belle. She became obsessed with sending him to jail and rallied Roman to her side. When Marlena sent him and Abe after Brady, Abe shot Brady in the back, paralyzing him.

Brady slowly regained the use of his legs but was adamant he would get Marlena out of John and Belle’s lives. Eventually Marlena gifted Brady with a Hulk action figure, a replacement for one he had lost as a child, which was very touching for him.

By the time Brady and Chloe Lane got married in 2005, he and Marlena had essentially buried the hatchet. Now Brady's top priority is protecting his father and Marlena's marriage from Kristen.

What do you think about the evolution of Brady and Marlena's relationship? Share your comments below or let us know which of the moments they have shared have been your favorite.

Visit Soaps.com’s Flashback In GH History to get to know more about evil Cesar Faison upon his return to Port Charles.

Chloe is coming back to Salem and now they are casting a new teen male. Catch up on all of the activity at Soap Opera Fan Blog's Days of our Lives Comings And Goings. Find out which current "Survivor" cast mate is getting over West Nile virus through our Reality TV Rush.

Days of our Lives Video: You Don't...