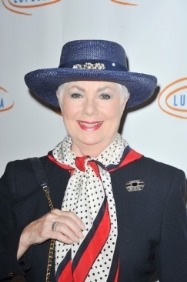 Shirley Jones (ex-Colleen) will be doing an appearance on the fourth season of the TBS sitcom, “Cougar Town.” Jones will play Anne, an elderly woman who buys Grayson’s old house with the caveat that Jules (Courtney Cox) has to spend time listening to her frequently unwelcome advice.

Jones recently shot roles on “Victorious” and “Laid Off” as well as in the features “Family Weekend” and “Strange Brand Of Happy.”

The fourth season of “Cougar Town” begins airing on Tuesday January 8 at 10:00 PM.

To keep an eye on who is coming to Salem, be sure to read the DOOL Comings And Goings. And find out where Watson looks for hints about Holmes’ past on “Elementary” in our Primetime TV Listings.