The 47th Anniversary Of Days of our Lives 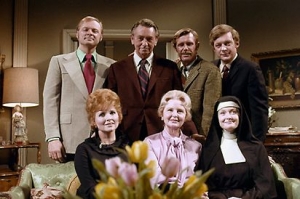 “Days of our Lives” is turning 47 today. That’s nearly five decades of scheming, squabbling, sex, death and everything in between. The soap first went on the air on November 8, 1965. Amazingly, some people have sat through all of it and some have had it passed down to them like an heirloom.

How long have you been tuning in? Vote in our poll and let Soaps.com know.

Revisit some of the show's past in these DOOL videos of the series' original premiere.

For a few laughs, be sure to check out NBC's DOOL Tumblr.

For more from the show's past, be sure to read this Flashback In DOOL History. And get a look at what the future holds in our DOOL Spoilers for next week.

Days of our Lives Video: Nicole...