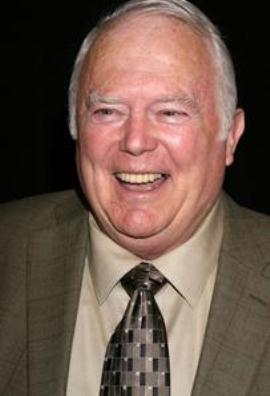 There is nothing more endearing on a soap opera than a doting old man. Shawn Brady of “Days of our Lives” was exactly that, endearing to the hearts of many in Salem and “DOOL” fans.

Shawn entered the picture in 1983, the husband to Caroline Brady and father to Roman, Kimberly, Kayla and Bo. For a time he also was a surrogate father of sorts to John Black who was falsely represented as their son Roman for many years.

Previously credited as one of the top ten dramatic soap opera disasters by Soaps.com, is the plane crash of 2008 that claimed Grandpa Shawn’s life. After a life-draining trip to Ireland that included reuniting with his sister Colleen and John Black finding out he was a DiMera, Shawn Brady was set to return home. Marlena, Hope, Kayla, John, Philip, Chloe, Belle, Shawn Douglas, Shawn, Bo and Steve joined him on that fatal flight that would take his life along with two pilots.

The plane was sabotaged by Ava Vitali’s henchmen. Ava was a woman from Steve Johnson’s past who had some mental health issues. Prior to the crash landing, Grandpa Shawn made heroic efforts to save Bo Brady by giving up his oxygen mask to the son he called his own.

Sad days followed in Salem but after a church funeral, the Brady’s retreated to the pub for a traditional Irish wake in Grandpa Shawn’s honor.

Grandpa Shawn was a major fixture in "DOOL" history, played by three actors (Peter MacLean, Lew Brown and Frank Parker) across 25 years of Daytime TV. Do you have any fond memories of Grandpa Shawn Brady? Share below.

Check out Soaps Opera Comings & Goings this week for updates on actors exiting their shows, which in turn left a few characters dead…or perhaps not. Take Soap Opera Fan Blog’s Days of our Lives Poll: Character Assassination and share with us your feelings on recent character changes.

Days of our Lives Video: Help Us!

Days of our Lives' Nadia Bjorlin...

Posted 25 seconds ago
Back to Top
ad