Days of our Lives’ Terrell Ransom Jr. To CSI 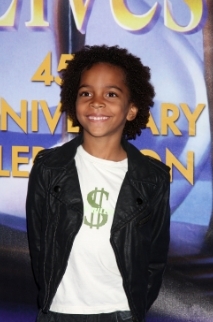 Since Lexi (Renee Jones) died, we haven’t been seeing much of Theo around Salem. Terrell Ransom Jr. has been keeping busy though. He appeared earlier this year on “CSI: NY” and in the feature “Murder On The 13th Floor,” starring Sean Patrick Thomas (“Ringer”) and Tess Thompson (“Copper”). On November 14, viewers will be able to catch Ransom Jr. in a new episode of “CSI: Crime Scene Investigation.” He will be appearing as Eli Brewster in the episode “Fallen Angels.”

Look for his episode to air on November 14. “CSI: Crime Scene Investigation” airs on CBS. Check your local listings for more details.

Be sure to keep on top of all of the Daytime stars we talked to recently in our October Soap Opera Interviews And get a peek at what’s coming in our DOOL Spoilers for next week.

Days of our Lives Video: Never Been...