Find out which Olympic athlete will turn up on "90210" in Soaps.com's Primetime Dish. Get a glimpse at what's in store for Emily's mother in Soap Opera Blog's Revenge spoiler video.

Bo is currently worried about his mother Caroline, who is having trouble with her memory. There was a time when Caroline’s memory was just fine, but she keeping everyone in the dark.

In 1985, Victor Kiriakis was part of a crime syndicate and often took to blackmail, attempted murder and coercion. He was a dastardly force to be reckoned with, but he was also Bo Brady’s father.

However, Bo grew up thinking Shawn was his father. There was no reason to doubt that fact, as he was raised as a Brady. Alas, that was not the case. Feeling neglected by Shawn years prior, Bo’s mother Caroline turned to Victor and slept with him, which resulted in her getting pregnant. Some twenty years later, Victor showed up in Salem and blew the Brady clan apart.

Bo had spent a lot of time with Roman and Shane trying to bring Victor down, putting their lives at risk in the process. It was obviously a bit of a shock for Bo to learn a criminal was his flesh and blood.

Though they’ve often remained on opposite sides of the law, Bo and Victor have formed a relationship over the years. Bo also remained close to the man who raised him, until Shawn’s death in 2008.

How did Bo find out Victor was his father? Vote in the poll and comment below.

Days of our Lives Video: A Lot To Offer

Days of our Lives Poll: Who Runs The Pub? 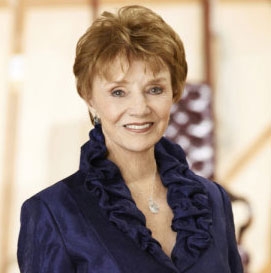