DOOL Poll: What Would You Do With EJ DiMera?

Which Michael did you prefer? Vote in our General Hospital Poll.

Get the scoop on former soap stars in the play "Intimate Apparel" in Soaps.com's After the Soap Finales: Where Are They Now? Where did Taraji P. Henson and Kerry Washington show up together? Get a look at Soap Opera Fan's Blog's Star Gazing. 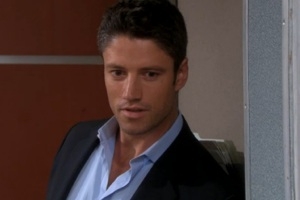 Have your way with him.

Since 2006, EJ DiMera has been getting under the skin of the good and bad people of Salem. He’s been a devious schemer, callous ladies man, passionate lover, devoted father and manipulative businessman.

If you encountered EJ, what would you want to do with him? Vote and comment below.

Days of our Lives Video: Are You Game?