Read today's DOOL recap, Gets A Lot Of Sequels.

Find out why Kim Kardashian declined to accompany her rapper beau Kanye West to the MTV VMA awards in Reality TV Rush and find out where Michael J Fox, Lady Gaga, and the Kennedy's were seen this week in our Celebrity Sightings. 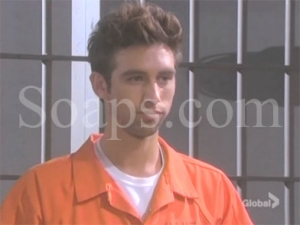 Fans are debating in our forums on whether or not Nick Fallon’s return to “DOOL” has been something worth watching or if it has fallen flat. The character has been gone four years, due to being incarcerated for stalking and murder. Four measly years for murder is something to scoff at but four years missing from a soap can be the kiss of death for a character. Do you think there’s a limit to how long a character can be gone before the show should forget about them? Vote!

‘Bones And All’ Teaser: Timothée Chalamet Offers First Look At Cannibal Love Story From His ‘Call Me By Your Name’ Director Luca Guadagnino