Days of our Lives Welcomes Back Nadia Bjorlin 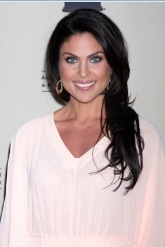 Nadia Bjorlin (Chloe) left Salem on September 28, 2011 when the show revamped itself by cutting cast members and bringing back old characters. Now, they’re at it again. This time it’s Bjorlin who is being brought back. Her character’s return is rumored to be centered around her son, Parker. According to TV Guide,she will begin shooting new scenes in September. However, audiences won’t be seeing her until next year.

Look for Chloe to be back on January 4, 2013. The details concerning how long her character will be returning for have not yet been released. Soaps.com will updated you as information becomes available.

Missing the Situation? To find out where he's headed, be sure to take a look at our Reality TV Rush and don't forget to read our Pretty Little Liars recaps each week.

Days of our Lives Spoiler Video: One...

Days of our Lives Fan Event In...