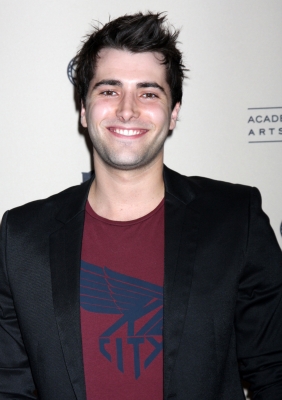 “They have waited a long time but they are getting what they want.”

Could it possibly be true that love is finally in the air for Will (Chandler Massey) and Sonny (Freddie Smith) on “DOOL?” Smith is keeping quiet on this one, but one thing is sure – we are about to see a lot more of his character on screen, starting with a monumental event on August 20. But you’ll have to tune in to see what it is!

Soaps.com: We haven’t seen too much of Sonny lately, so where was he during the explosion?

Smith: In my mind he was busy working. Holding down the coffee house.

Soaps.com: We know that Sonny has helped Will with the coming out process. Do you think that has made Sonny’s feelings more intense for Will?

Smith: Anytime you go through something that serious in someone’s life, and you are with someone and you have that bond, you have that trust, that is important in relationships and that is why their friendship is so strong and why it continues to grow.

Soaps.com: Why do you think Sonny started to develop feelings for Will that were more than friendly?

Smith: I think initially, it is just like it happens in real life. When people are attractive, or you are attracted to somebody, you are drawn to them. And once you get to know them and your personalities mesh you start to develop a crush and they became friends so quickly and then he started coming out. I think there was a lot going on. Sonny did have a crush long before, but he was just playing it cool because Will was going through such a change. And I think he was respecting his boundaries and giving him time to find out and get comfortable with himself. Whether he acts on those emotions or not, we’ll have to see how it all plays out.

Soaps.com: How do you think Will feels at this point?

Smith: I think it is the same aspect where they are so comfortable, they get along so well and it is not a forced relationship. I think they truly enjoy each other’s company and they have a lot in common. I think they would make a great couple honestly. They are both great people and they have a lot to offer to each other. So I think he does feel something for Sonny as well.

Soaps.com: Do you think Will is denying his feelings for Sonny or is he just not sure?

Smith: He is just not sure. He is going through so much. He was with a girlfriend then was like, ‘Wait a second, I’m attracted to guys’ so I don’t know if he could distinguish between liking Sonny as a friend or being attracted to him. So after he comes out and becomes comfortable with himself he will be able to really see what those feelings are like, where he could have a genuine take on how he feels instead of being confused.

Soaps.com: We do know from the spoilers that Sonny kisses Will and it may not go as well as he hoped. Can you talk about that?

Smith: In a life or death situation – and this is what is unfortunate about life – is that sometimes people don’t come out with their true feelings. No matter what the feelings are, romantic or in general. And I feel like in this situation, he was so scared he would never see Will again, and he sees him and the emotions just pour out and he just kisses him. I think in his mind he didn’t think he would have the chance to kiss him again and it just kind of
happened. And he didn’t know how Will was going to react and Will was caught off guard, so now they have to deal with that. What happens now, who says what, who is in the wrong. So it is an interesting little dynamic between the two of them.

Soaps.com: In a perfect world, where would you like to see this storyline go?

Smith: The fans are dying for a romance. They are all pulling for Wilson, which is the name they have given our couple, and I am pulling for it as well. I think they make a great couple. But Sonny is going to be experimenting with other people to find his true love like everyone. But yeah, having them interact with people and find love and show his struggles and see how he works in all these situations. He has so much coming up. I have been working like a horse the past three months. The fans should be, I’m hoping, pleased. It is going to be great.

Soaps.com: Is there anything else you want to say to your fans?

Smith: Just thanks for all the support. I get so many tweets and so many letters and it means so much to me that they love my work. It makes me feel so good as an actor that they love my character. They have waited a long time but they are getting what they want. I am excited for them to tune in Monday and begin the journey with Sonny.