Greg Vaughan Cast On Days of our Lives 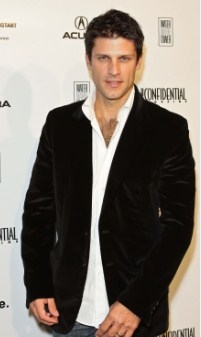 Who will he be?

Greg Vaughan is due to make his debut as Eric Brady on November 14.

Greg Vaughan (Eric) was on set at the NBC Burbank lot today for his first day in his new role. That actor tweeted, “Here’s to new beginnings!”

Soaps.com has learned that Vaughan will be portraying Eric Brady, Sami’s twin brother. He will be seen on canvas in the fall.

According to ABC Soaps In Depth, it’s now official that former “General Hospital” actor Greg Vaughan (ex-Lucky) will be heading to Salem. He has been cast on “Days of our Lives” but it’s unclear who he will be playing. Earlier rumors suggested that he would be cast as Eric Brady, Sami’s (Alison Sweeney) brother, but that no longer seems to be the case.

Soaps.com welcomes him aboard and will keep you updated with more information as it becomes available.

If you’re eager to see more of him, check out His Hallmark Movie With Days of our Lives’ Alison Sweeney.

Days of our Lives Video: This Is A...

Days of our Lives Video: Granted...