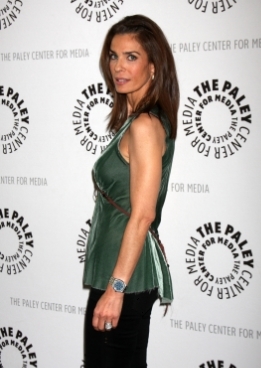 Soaps.com’s Deanna Barnert caught up with some of the stars of “Days of our Lives” when they were at the recent Paley Center event. The actors were happy to tell her how they felt about the show’s impressive showing this year at the Emmy nominations. Here’s some of what Lauren Koslow (Kate), Kristian Alfonso (Hope), Chandler Massey (Will) and Deidre Hall (Marlena) had to say.

How do you feel about the fifteen nominations?

It’s fantastic! It was all over twitter. I’m so excited. It’s always such a great event to get together and see everybody.

Every year, “Days” makes headway. This year, you guys earned more than “The Young and the Restless!”

Really? Wow! Fantastic. That’s good! Although we’re all on the same team. It used to be much more competitive. Now, each show wants the other shows to survive, because we are the same genre. It’s a united house. I like that. Before, people said that and didn’t really mean it. Now, I think people really mean it. We’re trying to keep this house going!

What do you think of the fifteen Emmy nominations?

Congratulations on the Emmy nomination!

I am honored. I'm excited. Everyone feels good when they're acknowledged for something.

And it's not just you!

Do you have a lucky charm?

I didn't think about that. Probably just cash I slide to the judges underneath the table. [laughs]

Congrats on the Emmy noms!

This is "Days" coming full circle. Darrell Ray Thomas and Marlene McPherson have turned in an extraordinary number of storylines, the Will story being pre-eminent. That they, Chandler and the show got acknowledged is extraordinary. It speaks to the excellence of the storytelling and his performance.

For more of what the actors had to say, be sure to check out these Days of our Lives Cast Interviews!

Days of our Lives Spoiler Video: Too...