In classic soap opera goodness, Lexi overheard Abe blaming Stefano for the toxic gases found in the tunnels where Andre held her years ago. Still, she forgave Stefano. Or did she? Today I had this eerie feeling that Lexi will be Stefano’s shooter. Did you think of that too?

Nicole had what was probably the easiest opportunity at switching DNA samples that I’ve ever seen on a soap but still, Daniel caught her in the act. Would EJ have been less bitter had she told him the truth from day one or do you think she should continue the deceit? Vote! What should Nicole have done about her pregnancy?

Thursday, Bo thought they should take Stefano out in an Eye For An Eye.

It was a dark and stormy night… Salem’s finest, the resident psychiatrist and her mercenary husband all fondled their guns in anticipation of murder or at least considered it. Ew. It’s become so dark. We’ve Lexi dying, Gabi’s "stalker" and Stefano about to be "murdered."

EJ took about ten minutes to put on his ole familiar black sinister leather gloves in order to off his "father" for being "responsible" for Lexi’s imminent death. I wish I could get into that but I just don’t blame Stefano for it. He’s done worse. This was not really even Andre’s fault. If he were alive today, he too would likely have a brain tumour. The gasses are killing her and placing blame isn’t going to make her healthy again. I know. I’m as surprised as you are about the way I feel about this storyline. Is anyone of the same opinion?

Nicole switched the DNA samples so Rafe will appear as her baby dada but that won’t deter EJ. I was surprised Daniel pulled a Rafe and let go of his ‘good man’ persona to allow her to commit the ‘Sami Brady’ of all crimes – the DNA switch. The random kiss shared by Daniel and Nicole didn’t fit into the scene and though I’ve enjoyed their chemistry maybe three months ago, I’m pretty sure they’re not a good fit personality-wise. We all know Nicole likes to manipulate to get what she wants. Daniel’s a ‘nice guy’ so I’m not sure how it’ll work and besides, Brady’ll be single again soon…

Most interesting line of the week: John announced to his pals at SPD that he was going home to ‘sit on his thumbs’. So um descriptive...

Big news this week is we’ve lost another two Salemites. What a shame. Molly Burnett’s leaving DOOL and Ian Buchanan’s exiting. I have a bad feeling for what’s to come for Melanie, considering Nick Fallon’s returning (could he be Stefano's shooter?) and Gabi hired that stalker, Andrew, to do whoknowswhat to Mel. As for Ian, I hope at least the writers can explain his presence in Salem before he goes.

We had a huge cliffhanger Friday when Kate and half the Salemites decided to Fight Fire With Dynamite. It was a pretty fast-paced show. The directing was great; the episode interesting. Everyone wandered through town on a mission looking guilty and toting guns. Stefano, the biggest, baddest villain in possibly the world has no security, so everyone and their wives just waltzed right in making sure to use black leather gloves while using their own guns and bare hands on Abe's gun, proving that Salem really isn't smarter than a fifth grader.

Stefano had to listen to the whines and complaints of his adversaries until he was practically begging them to put him out of his misery, but none of them could do it. Near the end of the episode, a shadowy figure walked by Stefano's room and we can all guess what happens next.

I really must suggest you read SOF's Matt's DOOL Musings. A taste: "When she showed up, she was furious that he nearly cost her the opportunity to attend a prom. "You don't think I'm being punished enough? I can't even get killed off this show?" Stefano complained." 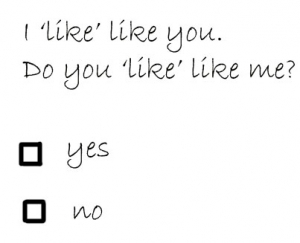 Deconstructing “DOOL” for the week of May 28-June 1:

This week, much like the past week, we spent most of our time feeling as cheerless as Ron, Harry and Hermione when faced with Dementors. We’re missing several Salemites including Sonny, Adrienne, Justin, Maggie and Victor and Jack and Jenn.

Monday’s episode, You’re The Devil made me realize something. Stefano’s an Ejami fan?

It seems obvious to me that Ejami could be together sometime soon not just because of their recent scenes together but because of scenes such as Stefano suggesting Elvis loves Samanther more than Nic Nic. Then again, we’re once again faced with new head writers and that familiar pang of worry, wondering what they’ll do next. I’m not sure why it makes a difference whether or not Nicole is as Stefano says low-class. She fits in well with the DiMera clan and Stefano has commented on that over the years. He loathes Sami Brady so why the hell would he encourage EJ to be with her? Why give her Kate’s company? Lately I’ve been feeling as if Stefano’s an impostor. That or the fired writers just don’t know him.

Hope and Lexi’s scene was gloomy. I have a feeling Abe will fall apart after she’s gone.

Austin once again forced all that happiness with Carrie’s pregnancy news, which seems more like something some women would do than a man. It’s a huge turn-off to me seeing Austin like this, especially when Rafe’s around and he really amps things up.

EJ has just about had as much as he can handle. His life is falling apart at the seams. His reaction to Will was over-the-top considering he knows Will was blackmailed. One wonders what will come of this.

Tuesday Sami finally got a Do Over with William.

There were more tears and sadness today – and that was just from me. Lexi didn’t care if EJ wasn’t her blood sibling. They were so cute but I was astounded by his lack of interest in getting DNA testing considering he’s doing it for his own child. I can’t believe EJ or Stefano would blindly believe they’re not blood related, especially since Santo looks exactly like EJ. Yep, second time I mentioned this.

We saw Jack and Jenn for five minutes. Turns out they’re engaged. I’m glad to have seen them but seeing them has a ‘Facebook status update’ feel to it, which feels rather dismissive.

Biggest WTF moment: Sami and Will went all the way to Stefano DiMera’s mansion, let themselves in and proceeded to discuss private matters. Was Harold helping Mary screw in a new light bulb in EJ’s old bedroom? Let’s hope Sami and Will are able to stay on track now that they’ve both opened up to each other.

Wednesday had Will pledging to EJ, My Loyalty Is To You. It sounded more as though he was pledging his love but it only made EJ want to slap Will around. What’s with people on this show not taking responsibility for their own actions? Even Sami understood.

Days of our Lives Saturday Teaser Poll: The Gift