Days of our Lives: Arianne Zucker Cast In DeVanity 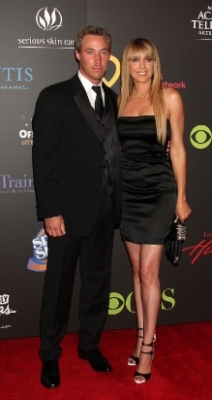 If you’ve been missing Arianne Zucker (Nicole) showing off her nasty streak, you are in luck. The “DOOL” star has been cast in a guest starring role on the web soap, “DeVanity.” She will be playing Julia Regis, the cruel sister of Andrew Regis, who is played by her real life husband Kyle Lowder (ex-Brady, “DOOL,” ex-Rick, “B&B”). She will be shooting a six episode arc for the third season. The series begins shooting in June and should be released to the web early in 2013.

“If you think you’ve seen Arianne play bad before, think again. She is definitely going to turn up the heat ‘DeVanity’ style and cause trouble on a massive scale. We are really looking forward to working with her. It will also be a fun opportunity for her to share the screen again with Kyle; I think the audience will be thrilled with her episode,” promised series creator Michael Caruso.

Check out Days of our Lives Stars In Miss Behave And Reign for more web soaps featuring stars from the show.

Days of our Lives Spoiler Video: The...

Cast Interviews From The Paley...