Returning vet Matthew Ashford (Jack) was nominated as Outstanding Supporting Actor for his take on his character's difficult return to Salem and his problems with PTSD. And Chandler Massey (Will) received the Outstanding Younger Actor nomination for his much talked about work as his character fought to break loose from his mother.

Soaps.com congratulates "Days of our Lives" and all of its nominees who made the final cut for this year's 39th Annual Daytime Emmy Awards Nominations. 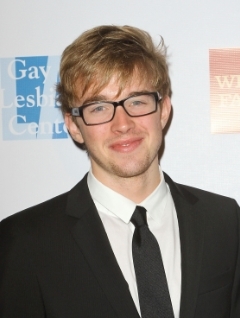 This year, “Days of our Lives” has managed to capture a wide range of nominations across the acting categories.

Unlike last year’s male dominated year, this time it’s the women who take the lead. Crystal Chappell (Carly) received the nomination as Outstanding Lead Actress for her performance as the drug addled and desperate doctor. Meanwhile, Molly Burnett (Melanie) and Shelley Hennig (Stephanie) were each recognized in the Outstanding Younger Actress categories for their dramatic work as they moved from battling over Philip to fighting for Nathan.

Days of our Lives Spoiler Video: Will Confronts Stefano