Peter Reckell Out At Days of our Lives. (Updated.) 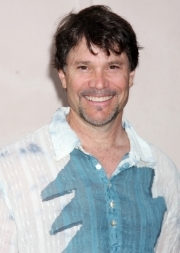 Walking away from Salem?

Reckell told Soap Opera Digest that he will be shooting his final scenes in July. Look for these to air some time in early fall.

Peter posted this message for his fans on Twitter: “‘Days of Our Lives’ has been my home, my life, for almost 30 years. Bo Is a character that developed From my soul, and has touched many lives, but none more than my own. I took my place in the hierarchy of the show, in the storyline, moving others aside, in the eighty’s. Now others have moved into the place I once held. I have been very fortunate to have had such a long, meaningful, run. But now, with a torn heart, I have to say goodbye to the people, family, the character, that I love. You have to know this has not been easy. I do not want to give up Bo, and with luck, in the future, will be able to return to the character that I fought so hard to preserve. Thank you for being the most supportive, forgiving, loyal viewers there are. You have given me strength in difficult times. You are the reason ‘DOOL’ is still standing and will continue for years to come. Thank you for all you have given me and the character I love!”

Reckell’s wife, Kelly Moneymaker, confirmed on Twitter that the actor will indeed be leaving “DOOL” behind. “Hard to say goodbye to characters who’ve been on forever!! Hard to believe Bo will be one of those shortly!” she wrote. No word yet on what his final air date will be, but Soaps.com will let you know as soon as we get more details.

According to Soap Opera Digest, longtime “Days” star Peter Reckell (Bo) could be on his way out. Apparently, the actor has been telling his castmates that he is planning to leave the series. This has not been made official by the actor or the people at the show. “We hope that Peter stays with ‘Days of our Lives,'” a spokesperson said.

Soaps.com will keep you up to date with more information as it is released.

For more casting news, read Upcoming Exits For Days of our Lives.

Days of our Lives Spoiler Video: His Alibi 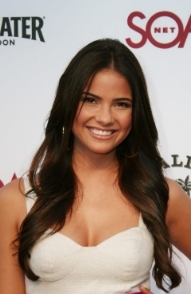