Days of our Lives: Greg Meng On Changes 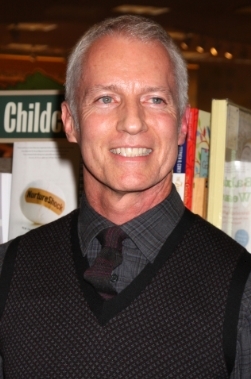 TV Guide Magazine has just published a new interview with “DOOL” Co-Executive Producer Greg Meng about the big new developments behind the scenes at the series now that they have replaced the writing team.

Check out these excerpts and be sure to visit TV Guide for the rest of the interview.

TV Guide Magazine: When will the new material begin to air?
Meng: Probably mid-August. We’re that far ahead. But we have some really big stuff coming up in the next few months, especially prior to the Olympics. We’re off the air two weeks during the Games but the week leading up to that is huge and it ends in a great cliffhanger. Then there are a lot of surprises the Monday we come back. You won’t want to miss those episodes.

TV Guide Magazine: If romance is what people want, could the problem be that most of your major couples have split up or been separated by circumstance? We’re talking about John and Marlena, Bo and Hope, Carrie and Austin, Sami and Rafe, Nicole and EJ. That’s a lot.
Meng: People do want to see those couples but the problem is you can’t tell good story when couples are together and everything’s all hunky-dory. That’s the challenge Darrell and Marlene have been up against. They tried some unique ways to split up those couples yet that hasn’t quite worked. But they get an A-plus for effort. In hindsight, I do think too many couples splitting up has been an issue. We also brought in the wonderful Sarah Brown [Madison] and threw her into a lot of material very quickly. Maybe too much too quickly.  But, again, we feel like we’re in a great place to make the next step.

TV Guide Magazine: Is that “next step” going to involve some major actors going away?
Meng: Yes. We’re looking at weaving people in and out, and bringing them back later if we can.

TV Guide Magazine: Will it be as shocking as, say, the time you axed Drake Hogestyn and Deidre Hall a few years back? Will these firings be epic?
Meng: Yes. And that’s all I’m going to say about that right now.

For more about the shake-up at the show, be sure to read this Days of our Lives Fires Head Writers McPherson And Thomas.