Could NBC’s New Deal With Matt Lauer Affect Days of our Lives? 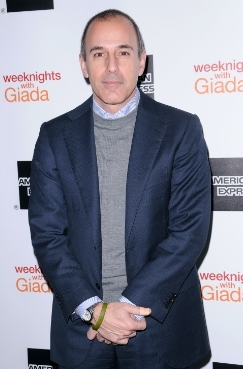 Battle of the morning shows continues to spill over.

TV Guide Magazine is reporting that Matt Lauer has just inked a lucrative new deal with the “Today” show on NBC. His deal, which is comparable to the one which Katie Couric signed with ABC last year, could see the newsman taking a large chunk out of Daytime. Aside from making him a much wealthier man, the deal could also see him get a new syndicated series or an expansion to “Today.” If that happens, it might cause a few ripples, notably in “Days of our Lives” afternoon time slot as NBC tries to stay competitive with ABC.

Soaps.com would like to stress that no statement has been issued and no firm plans have been made at this time. We will keep you informed if any relevant developments come about.

For more on how morning shows are reshaping Daytime, read Will General Hospital Get Axed In Favor Of Katie Couric?

Days of our Lives' Alison Sweeney In...