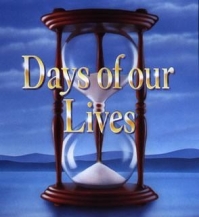 Newly appointed Co-Head Writers Gary Tomlin and Christopher Whitesell will now be joined by Daytime vet Lorraine Broderick to help reshape “Days.” Broderick was a protegee of Agnes Nixon and formerly headed the team at “All My Children” for a dozen years. Broderick also worked for “One Life To Live,” “Port Charles” and “As The World Turns.”

Broderick is no stranger to Salem either. She previously worked on “DOOL” as Head Writer in 1999 but was fired less than a month later.

According to Soap Opera Digest, “Days” Head Writers Marlene McPherson and Darrell Ray Thomas Jr. have been dismissed from the series. They are being replaced by former Co-Executive Producer and one-time Co-Head Writer Gary Tomlin and former Co-Head Writer Christopher Whitesell.

McPherson and Thomas Jr., who both worked under former “DOOL” Writer and Producer James E. Reilly, joined the series last May, taking over from Dena Higley and working the series through its revamping last fall. McPherson tweeted, “Thank you DOOL fans. You are the best and we love you! NBC never let us tell our stories. They kept stopping us and changing our direction. Sad.”

For more on the latest changes behind the scenes, read Renee Jones Retires From DOOL.

Days of our Lives Spoiler Video: Left To Her Own Devices