Renee Jones Retires From Days of our Lives 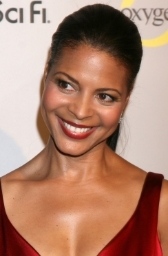 Calling it a day.

Longtime “DOOL” star Renee Jones (Lexi) will be exiting from the series this summer. The 53 year old actress explained to TV Guide that she feels it’s time for her to retire and enjoy the rest of her life pursuing interests other than acting. She originally joined the series back in 1993. Previous to coming to Salem, Jones had roles on “Santa Barbara,” “Knots Landing,” “LA Law” and more than a dozen other shows.

She will be exiting in June. There are no plans for a recast.

Days of our Lives Saturday Teaser Poll: A Real Cheat

Days of our Lives Spoiler Video: A Job For Will