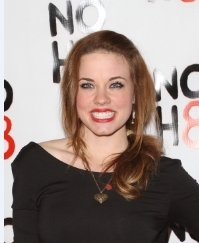 From Mel to Molly.

Molly Burnett (Melanie) has been cast in a guest starring role on the procedural drama “CSI: New York.” She will be appearing as an Irish lady, also named Molly, whose father was murdered. Look for her in the episode airing on April 27.

For more from the actress, read Soaps.com’s Interview With Molly Burnett.

Days of our Lives Stars In Miss...