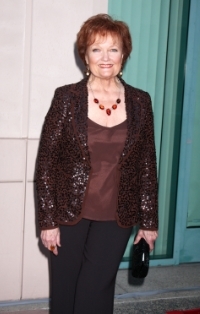 ABC’s new dramedy “GCB” has cast “DOOL” alum Maree Cheatham (ex-Marie) in a guest starring role. Cheatham will be appearing on the series this weekend in the role of Boofie Marferson, one of Annie Potts’ (Gigi) best friends. Cheatham has been playing Marie Horton off and on since 1965. She made her last appearance in 2010.

Read the Interview with Lisa Rinna to find out what else is coming up in Salem this week. Join us on Twitter @soapoperafan and Facebook. Come tweet and Facebook with us about “Days of our Lives,” all the other soap operas, “Dirty Soap,” “Glee,” “Grey’s Anatomy,” “Vampire Diaries,” and “Venice The Series!”