Days of our Lives’ Joseph Mascolo in Mother Goose Parade! 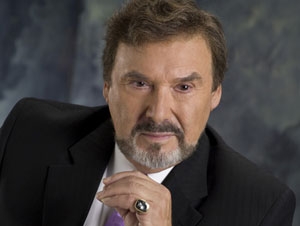 Joseph Mascolo (Stefano) is giving Alison Sweeney (Sami) a run for her money for the “hardest working actor” title on Days of Our Lives. Not long after we reported that Mascolo will be hosting a murder mystery cruise, comes word that he will also be featured in the 62nd Annual Mother Goose Parade in El Cajon, CA on November 23.

The biggest parade in San Diego County, this event is the official kick off to the holiday season, with this year’s theme being “Heroes of Might and Magic.” In addition to the parade, Joseph will also attend a reception the night before at the W Hotel in San Diego. Proceeds from the Reception with the Stars will go to the Ronald McDonald House, Young Ambassadors Program and the non-profit organization, Lions, Tiger and Bears.

Soaps.com can’t think of a better way to start the holiday season!

Eve Plumb Talks to Soaps.com About...