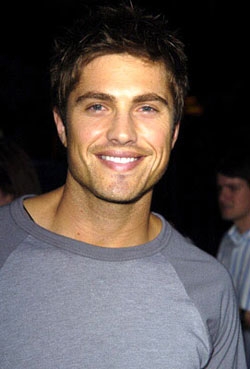 His show “Moonlight” may have been cancelled, but that isn’t stopping Eric Winter (ex-Rex, Days) from appearing in this fall’s TV lineup. Starring in “Single with Parents”, Winter stars as Charlie on the ABC comedy.

Centering around a woman in her mid-30’s who must deal with her way too attached divorced parents, while trying to navigate her love life, “Single with Parents” boasts an all star cast. Aside from the sexy former “alien” from Days, the show stars, Beau Bridges (“Stargate SG-1”, “My Name is Earl”, Annie Potts (“Designing Women”, “Any Day Now”) and Alyssa Milano (“Who’s the Boss”, “Charmed”).

In addition to the stellar cast, “Single with Parents” also features a strong production team as it is written and produced by Kristin Newman from hit TV shows, “That 70’s Show” and “How I Met Your Mother” and directed by Michael Engler, who has helmed episodes of “30 Rock”, “Sex in the City” and “Six Feet Under”.

While we of course miss Eric in Salem, Soaps.com is happy to see him achieve success in primetime and wish him well on his new series.

Days of our Lives’ Joseph Mascolo...

Days of our Lives' Joseph Mascolo in...