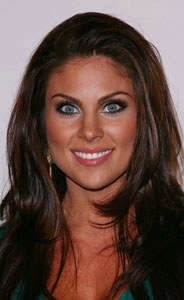 Bjorlin’s air date will be Wednesday March 21. To catch a preview of her appearance, visit TV Line.

Former “Days” star Nadia Bjorlin (ex-Chloe) is currently shooting a guest spot for the Primetime hit, “CSI: Crime Scene Investigation.” Fans will be able to catch Bjorlin in an upcoming episode titled, “Malice in Wonderland.” Look for her as Crystal, a would-be trophy wife who gets robbed on the way down the aisle in Las Vegas.

The episode is slated to air in March.

For more about “DOOL,” check out Soaps.com’s Interview with Beverly Todd. Join us on Twitter @soapoperafan and Facebook. Come tweet and Facebook with us about “Days of our Lives,” all the other soap operas, “Glee,” “Grey’s Anatomy,” “Vampire Diaries,” and “Venice The Series!”