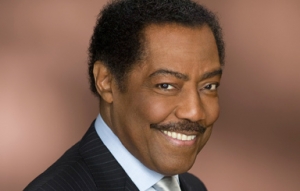 “Even ‘Honest Abe’ has moments in his character that are a little bit less than ideal.”

Soaps.com was lucky enough to speak with James Reynolds the same day he found out he was nominated for an NAACP Award for Outstanding Actor in a Daytime Drama for his work as Abe Carver. He fills us in on how it feels to be recognized, what Lexi might think of his political ways and some new directing projects.

Soaps.com: Where were you when you heard you were nominated?
James: I was actually on set just getting ready to do a scene, so I don’t know if it made me better or worse in that scene.

Soaps.com: What does this nomination mean to you?
James: It is interesting because I didn’t really expect it. It came out of the blue. I was thinking with the material we have that maybe something might happen next year, not this year. What it means to me is that everybody’s work here is appreciated because I am just the guy who is out there in front, but there are so many people who are doing so much when you are doing a scene. It also says that the show is going in the right direction, and that I am happy about.

Soaps.com: So you don’t think this compromises the character of “Honest Abe” at all?
James: Everybody has their flaws and everybody exists in their world of grey to some degree, even “Honest Abe” has moments in his character that are a little bit less than ideal. And I do think that because he is a tough guy and he has been for years as a police officer, it is not always about engaging in that standup fist fight and trading punches with a guy that you are trying to captured and bring down. Sometimes that fistfight takes place in the world of ideas and that is what is happening here.

Soaps.com: You are keeping this from Lexi. Is that going to blow up?
James: Well that is the biggest issue I think as far as Abe is concerned because in his mind he is doing this for the greater good. He knows Salem is going to be hurt if EJ is elected mayor and he knows that his desire is for Salem to become a town that is progressing and growing amd doing things the right way. Not telling Lexi, it is not so much he is lying to Lexi about it, he just hasn’t told her. So that is really the issue.

Soaps.com: Personally you have been directing at your theater, Fremont Centre Theatre.
James: Yes. I have directed quite a few plays at the theater and I’ll be directing another play soon called “Hold On, Letting Go” that will open in the middle of April at Fremont Centre Theatre and I am looking forward to that and we’ll start casting that in a couple of weeks. And then start moving forward and start rehearsing in March.

Soaps.com: How does directing compare to acting for you?
James: I enjoy it. I like it because it is the overview. You are not just concerned about what is going on around you – it is everything. I like all the parts of it, picking out the wardrobe and the set, working with the set designers and lighting and all the pieces that come together and I think it makes me a better actor. It puts my mind in an analytical place that I think helps me as an actor as well.

Soaps.com: Is there anything else you would like to say to our readers?
James: I am just so happy that they are following the show and really enjoying it. The reboot is something that I think has been really great for the show. I have enjoyed it and I think most of the people here on “Days” enjoy it and I am hoping the audience feels exactly the same way.

Days of our Lives Spoiler Video: On...

Days of our Lives Poll: Will And...