Matthew Borlenghi Joins the Cast of Days of our Lives! 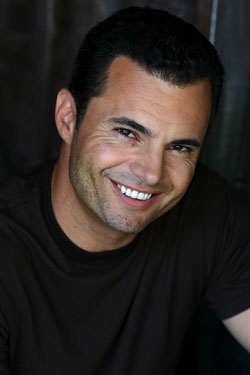 A familiar face will be bringing some law and order to Salem! Matthew Borlenghi (ex-Ziggy, The Bold and the Beautiful; ex-Brian, All My Children) spoke with Soaps.com about joining the Days of Our Lives cast as “Mayor Crews” (Update August 12- The show has changed his name to Anthony Marino) of Salem.

Regarding the details of his new character, Borlenghi revealed, “At this time, I don’t know to what capacity I will be used, but I know that I will be working with the characters of Roman and Abe, the Chief and Commissioner of SPD, and will be shaking things up!” That certainly sounds intriguing! We also hear he will begin taping August 15. According to my contact at the show, fans should be prepared to watch his debut, September 18!

While he’s been away from soaps for a few years, Matthew worked with many fellow soaps stars in the movie he wrote and starred in, Jack Rio. As for how he feels about coming back to soaps after all this time, Matthew said, “I’m thrilled to be a part of a giant show like Days of Our Lives. Over the years, no matter how many other mediums I’ve worked in, I’ve had a desire to return to daytime TV in that ‘special role’. I think the Mayor of Salem is that role.”

Aside from his project “Jack Rio,” Borlenghi has certainly kept busy, appearing in episodes of “Dexter,” “Without a Trace” and “Standoff,” as well as the movies “The Hit,” “Cougar Club,” and most recently, “Skeletons in the Desert,” also starring Justin Torkildsen (ex-Rick, B&B) and Tanisha Lynn (ex-Dani, AMC).

Soaps.com would like to congratulate Matthew on his new role and can’t wait to see what the new mayor has planned for the citizens of Salem. We’ll update you with more information as we’re able!

A Look at Bo and Hope’s Weddings...

Kate Hudson Cradles Daughter Rani, 2, As They Adorably Dance Together In The Ocean — Watch