Days of our Lives Interview: Freddie Smith And Jai Rodriguez 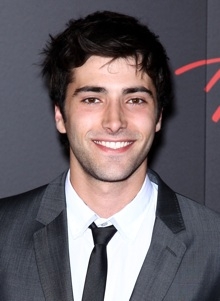 “It’s just a really honest coming of age story and discovering who you are.”

On January 12, Jai Rodriguez will guest star on “Days of our Lives” as Mateo, a friend of Freddie Smith’s character Sonny Kiriakis, who is the first gay character in the NBC soap’s 46-year history. Both actors recently sat down for a telephone press conference to discuss how their characters will factor into Will’s (Chandler Massey) coming out storyline.

Mateo, who Rodriguez described as more edgy and urban than your typical Salem denizen, will first be introduced through Sonny, who brings his buddy around regarding an investment opportunity. Viewers can expect Will and Mateo to hit it off immediately, but since Will isn’t ready for anything more, Mateo, along with Sonny, will serve as a role model and help make him feel more comfortable in his new reality.

Smith previewed that Sonny, who will start playing the field, will be there to support Will as he comes out to his family and friends. “What a better person to talk to than his best friend who’s gay and he can help him, you know, tell stories of how he came out and what he went through, so Will knows kind of what to expect. But then Sonny also was saying how it’s always different. You know, some parents are so cool, others are very surprised. And there’s other gay characters who are coming in as guest stars and their stories are touched on as well. So you can see the different ways how people react. I think it’s great because when people come out there’s different reactions and they’re hitting a lot of them, so this way a lot of people can relate.”

While Mateo makes an instant connection with Will, he’s only slated for one episode at the moment. However, he could return, as Rodriguez mused, “I think there’s definitely room for it, for sure, because it just seems like as the storyline develops there might be a natural place for me to come back and visit every now and again, but we’ll see.”

A fan of "Days of our Lives" while growing up (Rodriguez's grandmother learned how to speak English watching the Daytime drama), he had the long running series on his radar when deciding his next acting move. Telling his agents he would be happy to play a tree on "Days," they kept their eye out for a more complex opportunity. Rodriguez didn't think anything would come from it, "But then this role came up and [Mateo] was always described as like cool, masculine, sexy, normal. Not normal. I hate using that word. Let me not use that. Let me retract that one. Just kind of, you know, a guy who was more complex than his sexual identity. And I thought this is a character I want to play. And obviously 'Days' has a special place in my life."

When asked about how they thought the gay storyline would be perceived with conservative audiences, neither actor felt it would be a problem. Rodriguez said, "I think the way that this storyline is being handled, it's obviously not gratuitous or overly sexualized, it's just a really honest coming of age story and discovering who you are. And the boys handle that so beautifully. I mean, there's some really, really great scenes that I got to watch just between, you know, conversations that were had between parents and kids and such. I think that audiences, they're going to be very surprised in the way that it's handled. I think it's going to satisfy, sort of, for some people, just kind of a need of like, 'Oh my gosh, I saw myself in that episode because when I came out, or when I was going through a difficult time, it was handled similarly.'"

Regarding the audience's reaction, Smith added, "I feel like 99.9% of every comment or everything was positive. And people are so excited and they can't wait to see the storyline take off and they were like, 'Why is it taking so long?' But I love how they're telling the story and they're just taking their time and they're really letting these characters develop and I think that's really important."

Since "Days of our Lives" will be the only soap opera on the air with a current gay storyline, the actors were asked if they thought such storylines would ever become more commonplace on Daytime. Smith replied by calling "Days" a stepping stone for other soaps to follow suit, while Rodriguez mused, "The interesting thing about Daytime, even though it's not scripted, but there are a lot of gay people in Daytime right now. A lot of talk show formatted shows have gay characters or people who are relatable like Nate Berkus, and the guy from 'What Not to Wear' is on 'The Chew,' and so the Daytime audiences are already kind of, you know, they have options. They have gay options during the day apparently. I think it's kind of interesting that Daytime is becoming a lot more gay friendly, so obviously the next step would be to include the characters in those scripted stories."

If you haven't already, read Soaps.com's Melissa Reeves interview. Join us on Twitter @soapoperafan and Facebook. Come tweet and Facebook with us about "Days of our Lives," all the other soap operas, "Dirty Soap," "Glee," "Grey’s Anatomy," "Vampire Diaries," and "Venice The Series!"

Days of our Lives' Alison Sweeney To...