Days of our Lives Will Air During 2008 Olympics! (update) 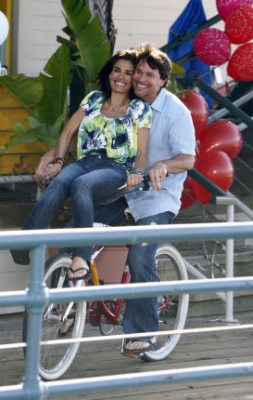 Soaps.com has learned that even though the show will not be pre-empted during the Olympics, some cities may experience issues with seeing the regular programming, daily. If you are in one of the cities (we have no list) that won’t air the show each day, rest assured that we’re told you will not miss out on any of the current major storylines. Instead, the show will have special programming (and what fun it will be!) during the coverage and will resume advancement of current storylines after the Olympics has ended.

I admit it. I’ve never been a fan of most of the Olympics. I’m one of the few who really would rather view my stories, rather than watch any sporting event, though in the past, figure skating and luge events have held my attention! Contrary to what you are reading in message boards, and though the show

was pre-empted for the 2004 Olympics, Soaps.com has been given official word from Days of Our Lives that the show will air, during the 2008 Olympics.

Do I hear a collective sigh of relief?!

A rep from the show tells me that the storyline during the Olympics will be "GREAT", so some of you may have to TiVo the Olympics in favor of watching all the drama, romance and mystery on DOOL during that time!

One thing to note is that everyone should check your local listings for any changes. Though you'll still be able to view the show, it there is a possibility that you could be watching or TiVoing it in a different time slot!

These are the Days of Christine's...

Lady Gaga Planning To Add Her Own ‘Flair’ To Inauguration National Anthem: She’s ‘Honored’ To Perform