Bryan Dattilo Returns To Days of our Lives. (Updated.) 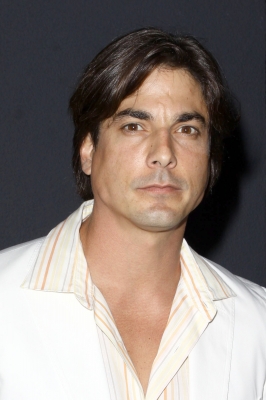 Soap Opera Digest is reporting that the producers of “DOOL” have been in talks with Dattilo to keep him on the series for a few years.

It has now been confirmed that Bryan Dattilo will indeed be reprising the role of Lucas Horton.

Look for the actor to make his return appearance in Salem late February.

According to Soap Opera Digest, Bryan Dattilo (ex-Lucas Horton) has been seen spending some time around the “Days of our Lives” set in Burbank, California. Rumor has it that this means the actor could be returning to the show, but when, and for how long, is still unknown.

Soaps.com has contacted the show for a statement about the matter and will keep you updated as soon as we learn more.

For the latest on what his former onscreen partner has been up to, check out Alison Sweeney Hosts Hollywood Moms’ Club. Join us on Twitter @soapoperafan and Facebook. Come tweet and Facebook with us about “Days of our Lives,” all the other soap operas, “Dirty Soap,” “Glee,” “Grey’s Anatomy,” “Vampire Diaries,” and “Venice The Series!”

Ex-Days of our Lives Eric Winter's...

Days of our Lives Poll: A Quinn And...

Julian Edelman Joins ‘Inside The NFL’ This Fall On Paramount+; Part Of Overall ViacomCBS Deal For His Coast Productions