A Look at Days of our Lives’ Kiriakis Brothers 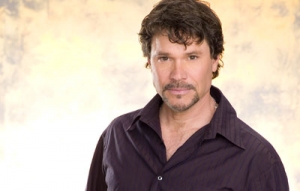 This week Bo covered up evidence in the Paul Hollingsworth case to help protect his half-brother Philip on Days of Our Lives. Considering they have never exactly been close, (Bo grew up a working class Brady, while Philip was a privileged Kiriakis some twenty years Bo’s junior) it seems pretty out of character for the usually straight and narrow cop. So why exactly is he going against his sense of duty to help the brother who has brought mostly turmoil to the Brady family?

The last couple of years have seen Bo and Philip at odds with each other over Bo’s son and Philip’s nephew/friend Shawn. As both Philip and Shawn vied for Belle Black’s affections, Philip temporarily gained the upper hand when he married and later seemingly fathered her child. However, Belle and Shawn never let go of their feelings for each other and it turned out baby Claire was in fact Shawn’s. After Belle and Philip divorced, a bitter custody battle ensued where Philip manipulated the system and won full rights to the child. Unhappy with the outcome, Belle and Shawn went on the run with baby Claire, with Bo helping them elude his younger brother.

The situation eventually resolved itself and the parties involved settled on an agreement where Belle and Shawn gained full custody of their daughter and Philip was allowed visitation. They all became friendly once again, until Belle and Philip’s unresolved feelings for each other resurfaced. This of course led to an affair between the two even though Belle and Shawn were later married. This turn of events put Shawn and Philip back at odds with each other and further put a wedge between the Kiriakis brothers.

Once again everything eventually worked out, but Shawn and his family left to chart their own course away from Salem. Since then, Bo and Philip have shared an uneasy relationship where they pretty much have stayed out of each other’s way.

So now that Bo has received evidence implicating Philip in the possible murder of Paul Hollingsworth, why, since he doesn't feel much of a bond with his younger brother does he give it to Victor for safe keeping? That might have something to do with Victor’s recent health crisis. Bo has already lost one father when the man who raised him, Shawn Brady died this past year, and after Victor almost flat lined after discussing Phillip’s involvement with Hollingsworth, Bo probably doesn’t want to lose the only father he has left.

Even though this is a tad out of character for Bo, it is certainly providing quite a bit of drama for those involved. Not only does it pose a moral dilemma for our hero Bo, but it puts Philip and Victor in his debt and Bo square in the middle of the family he doesn’t usually have much to do with.

We don’t know how this will end up, but we certainly like seeing Bo getting involved with the Kiriakis side of his family tree and can’t wait to see how it all unfolds!

Days of our Lives’s Blake Berris...

Former Days of our Lives Star,...