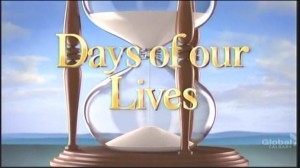 To deal with the enormous work that goes on behind the scenes, “DOOL” has hired two more writers onto their staff. Roger Schroeder, a 55 year old New Orleans native is making his first trip into Daytime territory by joining the show. He began writing for the series on October 27. Meanwhile, Lacey Dyer was appointed as a writer on October 20. Dyer, a 25 year old from Maine, previously worked on “Days” as a writer’s assistant from March 2, 2010-June 13, 2011.

For more about the hard work going on at the show, check out Interview With Days of our Lives’ Lauren Koslow. Join us on Twitter @soapoperafan and Facebook. Come tweet and Facebook with us about “Days of our Lives,” all the other soap operas, “Dirty Soap,” “Glee,” “Grey’s Anatomy,” “Vampire Diaries,” and “Venice The Series!”

Days of our Lives Spoiler Video: Kate Checks On EJ