“DOOL” dedicates an upcoming episode to returning veterans and PTSD.

Veterans will appear on “Days of our Lives” scheduled to air this coming January 2012, to honor current and retired U.S. troops who are returning home and dealing with post-traumatic stress disorder. As stated in a press release, “Actual veterans will appear as themselves in the episode, which focuses on psychiatrist “Marlena Evans,” played by Deidre Hall, taking Matthew Ashford’s “Jack” to a veteran’s hospital and visiting with patients struggling with returning home and their memories of war.” Joining the cast are a group of actual veterans, including Captain Leslie Nicole Smith, a former Army Public Affairs Officer, who retired due to a blood virus she contracted in Bosnia which resulted in the loss of her left leg, complete vision in her left eye, and some loss to her right eye’s vision. Captain Smith does public speaking around the country to veterans and other victims of post-traumatic stress disorder.

“With President Obama’s recent announcement that we will bring home our troops we thought it was an important issue to address and let our family of viewers know we care about them,” said Co-Executive Producer Greg Meng.

We invite you to join us on Twitter @soapoperafan, and Facebook. Come tweet and Facebook with us about “Days of our Lives,” all the other soap operas, “Dirty Soap,” “Glee,” “Grey’s Anatomy,” and “Vampire Diaries,” and “Venice The Series.” 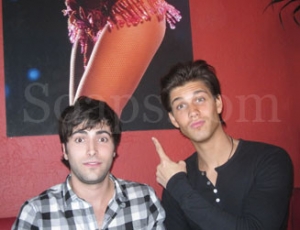