8:10 PM:
Judi Evans, unfortunately, didn't get the Emmy for Outstanding Supporting Actress... Gina Tognioni from The Guiding Light took home the award. But Judi, being a gracious and wonderful lady, cheered on with the rest of the crowd!

8:29 PM:
Do'h! Darin Brooks is up for the "Young Actor in a Drama Series" award! Tom Pelphry from The Guiding light takes it, however, and gets very teary-eyed.

8:32 PM:
Rachel Melvin didn't win the award for the "Young Actress in a Drama Series"... Too bad, I think she's really talented! :)

8:51 PM:
They just gave an award for Legal/Courtroom Programs to Judge Kristina. Weird. Ok, so it's not Days, just had to put that in here.

9:00 PM:
Nadia Byoren, Alison Sweeney, and Nicole Walker present the award for "Best Supporting Actor" to ... was nominated Kristof St. John from The Young and the Restless. Each Days actress looked STUNNING!

9:06 PM:
The old Shawn from Days shows up as one of the presenters, and presents the award for the best Drama Series Writing Team to One Life to Live.

9:14 PM:
Fara Fath (ex-Mimi from Days) presents an award for Outstanding Talk Show to Rachael Ray. Mimi (I still like to call her that!) looks great.

9:47:
It's the moment I've been waiting for! Thaao Penghlis (Tony/Andre) is up for THE OUTSTANDING LEAD ACTOR AWARD, with Susan Lucci (Erica from AMC)presenting the award! TONY YEAAAAAAH!!!! I love this guy, he and Drake Hogestyne (John Black kick SERIOUS ASS! Anyhow... ;) Did he win?
.
.
.
*SIGH*

But Anthony Geary from General Hospital did, and he's cool. :D

--
Well that's it! It was a great show, and everyone enjoyed themselves.. :) 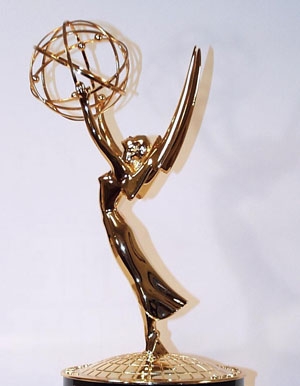 Credit: Some of our favorites at the awards!

DAYS fans have been very vocal with their frustration over DAYS being overlooked in the past as far as Daytime Emmy nominations went. This year is a little different, with Days receiving six nominations, four of which we’re proud to say are actor nominations.

Congrats go out to:

What can you expect this evening at the 35th Daytime Emmy Awards? Glitz, glamor, and hopefully we’ll see DAYS take a few Emmys home!

Check back with Soaps.com throughout the weekend and the next week for more backstage Daytime Emmy coverage from our crew at the Emmys: Christine Fix, Lori Wilson, Shannon Burrell and Shaun Proulx. 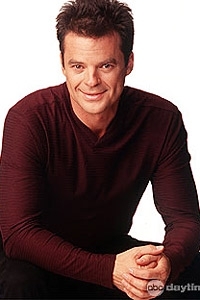 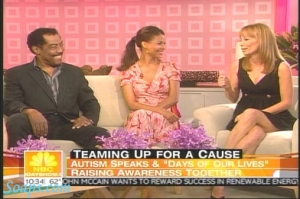