Former Days stars: Where are they now? (NEW!) 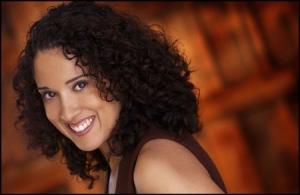 Soaps.com writers are also fans of the shows. Since we miss those ex-cast members on our soaps, we figure the fans must miss them, too! To find out the scoop on what your favorite ex-Days actor has been up to, read on!

Do you remember Eileen Galindo, who played Beverly Healy, the crusty CPS agent, hired by Victor Kiriakis in order to help Philip take Claire away from Belle and Shawn? Well we haven’t seen her back, sadly, but if you check out Eileen’s MySpace blog, you’ll find out she’s been one busy woman. Check out her voice overs on Eileen Galindo Voices. She also recently played a role in Tony Plana’s Adaptation of “ROMEO AND JULIET”. To keep in touch with Eileen, check her out on Myspace, and check out our past Interview with Eileen.

I’m told we’ve had a few emails about Ivan and Vivian recently and fans would love to know what the actors who played these parts are doing today.

Ivan G’Vera played Vivian Alamain’s (Louise Sorel )sidekick, Ivan Marais from 1996- 2002.
Ivan was once nominated for a Soap Opera Digest Award for ‘Outstanding Male Scene Stealer’ for Days. He married present wife Renata in 1990, before his long stint on Days.

After his departure from the show, wasn’t seen much until last year, when he portrayed the Venice Hotel Concierge in the James Bond remake ‘Casino Royale’. An excellent movie, if you’ve not seen it. Definitely great to see Ivan in any capacity, even if it’s not with our dear Vivian!

Speaking of Louise Sorel, (Vivian Alamain) we’ve followed her career from Daysfrom 1992-2000 and on to her short stint in 2000 as Donatella Stewart in Port Charles, and then on to Judge Kaye Campobello, from July 2001 – 2003. During this time, Louise accumulated five Soap Opera Digest Awards, and three nominations. What a feat! What an actress! She’s still sorely missed by fans, who open new threads in our message boards, asking after her!

Did any of you happen to catch Louise playing a short part on Passions in 2004? I missed out, unfortunately, but I consoled myself earlier by watching a clip or two on Youtube. I added them to my favorites. Check them out!

We’re often asked, “Is Chloe coming back to Salem?” As most of you know, Chloe Lane Black (Nadia Bjorlin) and Brady Black (Kyle Lowder) left Salem for Indianapolis when they married and haven’t been seen since. Kyle has been seen playing Rick Forrester over at The Bold and the Beautiful and Nadia Bjorlin has been busy in other ways. Most recently, Nadia starred in the film, ‘Red Line’, and was featured as the August 21st “Today’s Girl” on Maxim.com. Since working with Days of our Lives, Nadia has also appeared in such primetime shows as ‘Jake in Progress’ starring John Stamos, ‘Complete Savage’s produced by Mel Gibson, ‘Sex, Love & Secrets’ starring James Stevenson, Denise Richards and Eric Balfour, and ‘Out of Practice’ starring Stockard Channing. She also starred in ‘A Marriage Undone’, a film short that was featured in the Los Angeles International Short Film Festival and the Pacific Palisades Film Festival in 2002-2003.

Nadia appeared on Days of Our Lives from November 1999 to 2003, and at that point her contract was set to recurring, and she stayed until 2005. Internet gossip blogs proclaim that Nadia is in talks with the show to return as Chloe, but we’ve yet to get confirmation on this. If we hear anything more, either way, we’ll get back to you!

Krista Allen (ex Billie ) is celebrating her engagement to actor Christopher Jaymes. Krista has a 10 year old son, Jacob, from a previous marriage to Justin Morritt. Congratulations go out to the happy couple.

Patrika Darbo (ex-Nancy Wesley), stars as Mrs. Permatteo in the swamp-based horror film "Hatchet". You can see the film anytime. It's been in theatres since Friday, September 7.

UPDATE- I shared how Farah Fath was screen testing for for a new role as a rebellious rock star type persona on One Life to Live! Looks like she landed the part! If we can't get her back as Mimi, we'll take what we can get and watch her over on OLTL starting October 24!She is said to be excited about the change in her life. We'll miss her!

The production is a romantic comedy. To read more about the show and get tickets, please visit Surflight

Wayne Northrop (ex-Roman Brady and ex- Dr. Alex North) has played on the now defunct 'Port Charles', and was a part of the original cast on 'Dynasty', but I remember him best from his portrayal of the evil Dr. Alex North! He didn't capture anyone's hearts in Salem; with his portrayal of Dr. North but Days fans can't argue that his acting was superb! These days you can find Northrop with his wife and their two sons on their working cattle ranch, just north of Los Angeles. Incidentally, Northrop's wife is General Hospital's ex-Lucy Coe - Lynn Herring!

Shayna Rose (ex-Stephanie Johnson) has been a busy woman this summer! Shayna will appear on AMC's new series, 'Mad Men', Thursday August 23rd at 9pm ET/10pm central. In the fall of this year, Shayna's album will be released and available to her fans! You can hear her lovely voice on her website, at Shayna Rose.

Remember Jason Brooks, who portrayed Peter Blake- DiMera from 1993-1998? Ever wonder what he's been up to since? Brooks is starring in an upcoming movie called "You’ve Got a Friend". The movie was released June 9th and is about a 12-year old orphan who wants to compete in a racing derby, just like his dear old dad did. Brooks plays the character "Jeff".

Ashley Benson (ex-Abby Horton) is finishing filming a movie (Bring It On 4) and fans are hoping she'll then reprise her role as 'Abby' - no word on if this is the case.

Kyle Brandt (ex-Phillip Kiriakis) just finished filming a movie (Broken Window) which should open at the end of this year or early next year. Kyle now has podcasts on his site Kyle Brandt. His site's pretty funny, and his first podcast showcases his friend, Alison Sweeney! (It's cute and taped in her "messy, cluttered" dressing room at Days, as she says!)

Days of our Lives John SPOILER