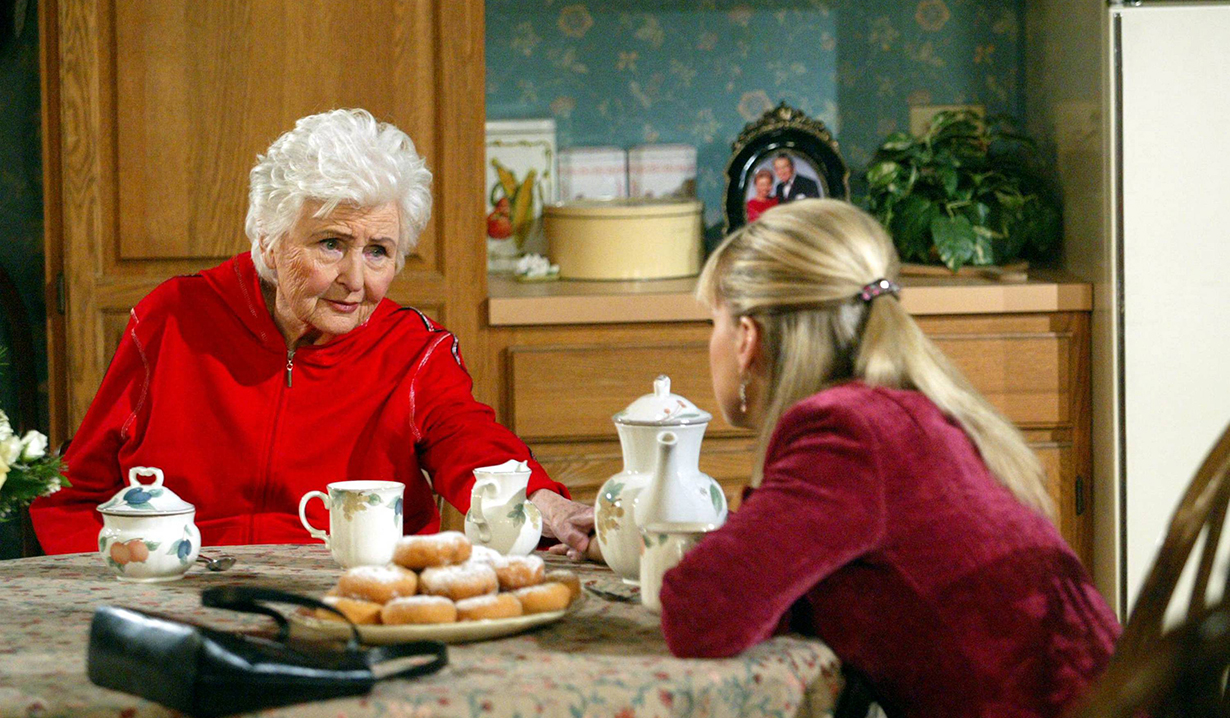 Fans of Days of our Lives have been looking for this recipe or using this recipe for years, ever since Salem’s Alice Horton (Frances Reid) made them popular. Beware! This recipe causes salivating.

In a large bowl, beat the eggs until foamy. Gradually add sugar, beating constantly.
Stir in milk, shortening and vanilla.

Sift together flour, baking powder and salt.
Add to the wet ingredients, mixing well.
Cover and chill the dough for 30 minutes to one
hour for easier handling.

Roll out or pat the dough on a lightly floured board to a half inch thickness. Cut with a doughnut cutter. Place the doughnuts and holes on the baking sheet, one inch apart. Bake for 10 – 15 minutes or until golden brown.

Brush each doughnut and doughnut holes with melted butter and roll in Cinnamon Sugar to coat all sides.

1 cup of sugar
1 teaspoon of cinnamon
In a small bowl, combine the sugar and cinnamon, blending well.

For those looking to cut calories and sugar content, you can use coconut flour and change the sugar to a sweetener of your choice such as Swerve.

Some will recall watching the August 13, 2013 episode of Days when Hope, Julie, Adrienne and Nicole got high. Take a look at the photo gallery to jog your memory.