Days of our Lives’ Nadia Bjorlin In Divorce Invitation

For more on where else you can catch the cast, read Days of our Lives' Alison Sweeney Hosts Hollywood Moms' Club. Join us on Twitter @soapoperafan and Facebook. Come tweet and Facebook with us about "Days of our Lives," all the other soap operas, "Glee," "Grey’s Anatomy" and "Vampire Diaries!" 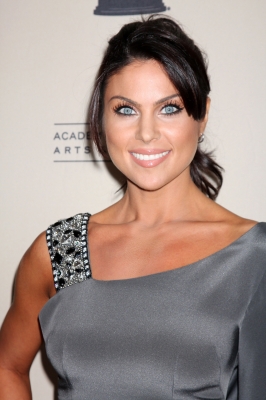 Nadia Bjorlin (ex-Chloe) has been cast in a RomCom called “Divorce Invitation.” She has signed on to play the role of Alex in the film starring Jonathan Bennett (ex-JR, “All My Children”) and Jamie-Lynn Sigler (“The Sopranos”)

The movie follows a married man who thought he was happy until he bumped into his high school sweetheart and discovered that they had a connection. Complicating things, he signed a prenup that won’t let him out of his marriage.

The movie is being made by Indian director SV Krishna Reddy and begins filming next month.