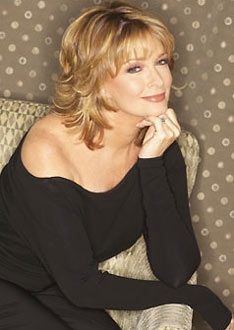 Soaps.com just got word that CLOUT! with Richard Greene on Air America Radio is following up on the amazing success of Oprah Winfrey’s breakthrough web seminar, “Webinar”, with Eckhart Tolle on his book, “A New Earth”, with a commercial free 10 Week Webinar on Eckhart Tolle’s first book, “The Power of Now” on Air America from Monday, May 12 – Monday, July 14.

The webinars will feature a minimum of 20 minutes of Eckhart reading the text of “The Power of Now” and live commentary from actress and Eckhart student, Deidre Hall (Days of Our Lives), Kim Eng (Eckhart Tolle’s partner), Marc Allen, (publisher of “New World Library” and “The Power of Now”) and the individual who brought Eckhart and his teachings to The United States, Brian Tart, (the publisher of “A New Earth”). The biggest part of the Monday night community on the show will be students calling in from around the world to discuss their breakthroughs, insights, questions and how they’re using these teachings to change themselves, their communities and, the world!

Will you be listening?