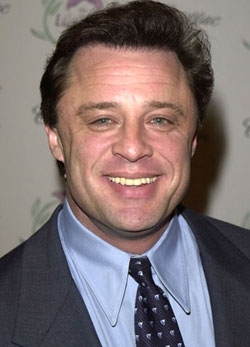 It seems like we were just reporting that Joe Penny was joining the cast of Days as Ava’s father, Martino Vitali, and now word comes that his brief stint is already coming to an end.

***If you don’t like spoilers, please don’t read any further as details of his departure will follow.***

Vitali came to Salem to check up on his hospitalized daughter and wasted no time catching up with his former “lady friend” Kate. Believing Martino was behind Ava’s drug induced actions and therefore responsible for his pop’s death, Bo quickly tracked the mobster down, clocked him one and threatened to kill him. Apparently Brady makes good on his threat, as according to set side sources, Martino meets his untimely death on May 15th, by Bo’s hand.

We here at Soaps.com have been enjoying Penny’s turn as the dastardly mob boss and with so much potential for rich stories, namely Martino’s relationship with Kate, Penny’s departure is unfortunate. However, since Bo is the one who takes him out, we can’t wait to see what the future will hold for one of Salem’s top cops.

‘Welcome To The Blumhouse’ Sets Next Chapter Of Film Anthology With Inclusive Genre Thrillers ‘The Manor’, ‘Black As Night’, ‘Madres’ And ‘Bingo’