Patrick Muldoon And Christie Clark Return To Days of our Lives

For more about this summer's casting news, check out Days of our Lives' Louise Sorel Out, Deidre Hall, Drake Hogestyn In.. Join us on Twitter @soapoperafan and Facebook. Come tweet and Facebook with us about "Days of our Lives," all the other soap operas, "Glee," "Grey’s Anatomy" and "Vampire Diaries!" 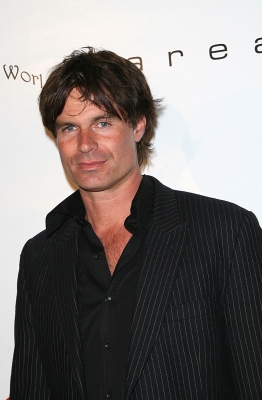 On Twitter, Marlene McPherson boasted, “The news is out! Carrie and Austin are back! We have fun in store for everyone! New shows start taping Monday! Can’t wait!”

This summer will see some more “DOOL” alums returning to the cast. TV Guide is reporting that Patrick Muldoon (Austin) and Christie Clark (Carrie) will be back in the fold.

Muldoon originated the role of Austin Reed and played him from 1992-1995. Clark has played Carrie Brady off and on since 1986 but has only been seen in a few cameo appearances since 2006.

Soaps.com has contacted reps from the show who told us that they, “Don’t have anything at this time.” Just because there is no official statement yet, does not mean they are not returning. We will keep you updated as information becomes available.

Days of our Lives Spoiler Video Promo: Who Sees The Two Rafes?