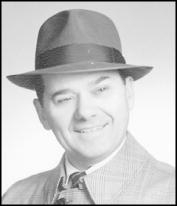 The Mascolo family would like to extend a special thanks to the nurses and staff at Jefferson House for all the attentive care and compassion they gave to Peter during his time there. Burial is said to be held in Mt. St. Benedict Cemetery, Bloomfield and Memorial donations may be made to a charity of the donor’s choice.

Soaps.com would like to send out our heartfelt condolences at this time.