Days of our Lives Revitalizes With Sweeping Changes 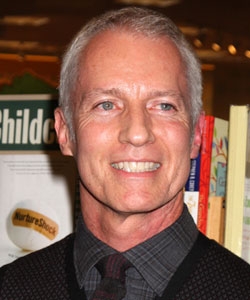 Bringing back romance and beloved characters.

Soaps.com received a press release today from the studio claiming that Corday is “resetting “Days of our Lives” with the simple yet successful formula of centering the show around romance and the characters fans know and love.”

The release states, “It’s time to make a more positive, romantic, and intriguing show driven by the power of heroic love. I’m very excited about the new adventure we are about to take which is based on the show that my parents created 45 years ago.”

As Soaps.com already reported, “Days of our Lives” initiated a strong direction of change by appointing a new head writing team consisting of Marlene McPherson and Darrell Ray Thomas. The successful writing duo plans to change the direction of the show as they tell contemporary stories based on the solid foundation of the “Days” history of family, romance, and intrigue. McPherson and Thomas commented, “New fans will find many reasons to stay, and longtime fans will find many reasons to return.”

Launching with a grand event in the fall, big surprises will be coming to Salem.

Soaps.com reported that Co-Executive Producer Noel Maxam, who has been a producer on the show for four years, and Co-Executive Producer Greg Meng, who has been Executive in Charge of Production for over ten years, will work together as a team. Greg Meng says, “The new writing team has already generated much excitement with the compelling stories they have written, and we plan to translate those stories to the screen with a refreshed look.”

Ken Corday commented, “I am confident these changes will bring back excitement and anticipation to our family of fans as they tune in each day to see what happens. You won’t want to miss a single episode of the new “Days” ahead!”

Thoughts on the changes to the show? Are you intrigued or already finished with the show?

Follow us on Twitter @soapoperafan, and Facebook for more “DOOL” related news, and for news on all of the soap operas, as well as “Glee,” “Grey’s Anatomy,” and “Vampire Diaries.”