Mark Hapka Returns To Days of our Lives? 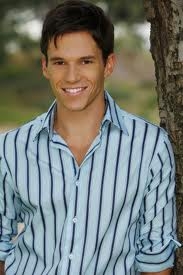 Mark Hapka has let Soaps.com know that his Facebook page was indeed hacked. He has since changed his password. We confirmed that this was a message sent from a third party to appear to come from Mark’s account and since Mark and I chat regularly and have a trusting relationship, we did not second guess him, nor did we feel the need to confirm with a publicist.

Moments after Soaps.com reported that Days of our Lives’ Francisco San Martin was let go, we heard from Mark Hapka (ex-Nathan) via Facebook with news that he was returning to the show to reprise his role. Since we are familiar with the actor and have interviewed him on occasion, we saw no need to confirm with the studio, nor his rep. Since the studio doesn’t always confirm everything requested, we reported the news and followed it up by asking him what his tape date and airdate would be.

Soaps.com heard back from the actor today, a week later, who claims to know nothing about the earlier message where he informed us of his imminent return and asked that we not name our source. Is this a case of somebody hacking into the actor’s Facebook page, or a publicity stunt? We’ll likely never learn the truth but wanted to inform our loyal readers that as it stands now, Mark Hapka will not be returning to “Days of our Lives.” If this should change, we’ll inform you.

We regret to have had a hand in getting your hopes up. As you know, we never report without confirmation from either the actors or the publicists and we did confirm with the actor.

Soaps.com sources tell us that Hapka’s making a return to the show. He’ll return from Baltimore a stronger person, persistent to get Melanie (Molly Burnett) away from Dario Hernandez (Francisco San Martin).

Mark Hapka portrayed Nathan Horton on “Days of our Lives” since June 16, 2009 and in January of 2010, the actor was unceremoniously let go. Soaps.com interviewed Hapka about the surprising twist, who told us, “It was creative differences and a “writers choice” for Nathan’s “departure”. Apparently the twist in the stretched out storyline of Melanie and Nathan’s soul connection was that when finally given a chance to be together…somehow they don’t.”

Things can change and they’re about to. Soaps.com will report on Mark’s first airdate as soon as information becomes available.