Nadia Bjorlin, Bren Foster And Tamara Braun Out At Days of our Lives 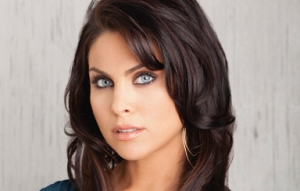 Salem is continuing to get a lot less crowded.

SOD is reporting that Bren Foster (Quinn) will be sticking around after all. Apparently the actor has been re-hired by the show.

Nadia will be seen until September of 2011.

The producers of “Days of our Lives” are continuing with their promised cast cuts. This week it was revealed that Nadia Bjorlin (Chloe) and newcomers Tamara Braun (Taylor) and Bren Foster (Quinn) have been given their pink slips.

The actors are the latest in six significant casting cuts which are being made so the series can afford to bring back a few veterans. Final air dates for the actors have yet to be revealed. Soaps.com will keep you updated with more information as it becomes available.

Bjorlin’s publicist spoke out on the situation to offer some clarification. He made the following statements: “…she wasn’t fired and second she was leaving anyway because of movie and third, she’s left the show before and all was fine and I’m reckoning this time around will be the same! Let’s celebrate in her movie – more details on that forthcoming!” Later, he added “…last air date more than likely will be in September. It’s part of the business, sure they are disappointed, but the actors, the writers and producers are all used to this. You have to be. Yes it’s still painful. But change is good and she has other projects on the horizon that we’ll be able to talk more about when the time comes. But keep up the support, and thank you! She is one of the most grateful person(s) I know and she appreciates the fan support. We are still attending the Daytime Emmys in Las Vegas in less than 2 weeks.., she is still doing all personal appearances she has previously committed to doing.”