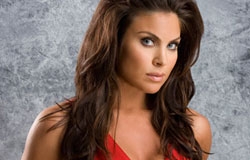 Not only does she portray a chanteuse on Days of Our Lives, but Nadia Bjorlin is a singer in real life too. Along with her brothers Ulf and Jean Paul, Nadia formed the group, The Bjorlin Trio, and has recently released a four song EP.

As stated on her official website, Nadia explains the group’s sound by saying, “The music is best described as classical crossover, in the likes of Josh Groban and Andrea Bocelli. We recorded these four songs because of the beautiful three part harmonies and of course it is accompanied by my brother Jean Paul on piano.”

The children of world famous composer and conductor, Ulf Bjorlin Sr., Nadia and her siblings have been performing together since they were kids all over Europe and the U.S, but eventually carved out separate careers for themselves. Ulf Jr. is an accomplished musician on his own, as well as an actor who has appeared in several films and TV projects. Jean Paul is a Julliard graduate with a Masters Degree in Piano and sings for numerous New York City opera companies.

Nadia of course is best known for playing former geek turned opera singer, Chloe Lane on Days, but has also appeared in the primetime series, “Jake In Progress,’ “Sex, Love & Secrets,” “Out of Practice” and “Complete Savages,” as well as movies, “Redline” and Matthew Borlenghi’s soap star fueled, “Jack Rio.”

The Bjorlin Trio came together last year to record several tracks just for fun, but quickly saw the potential for an EP. The songs include “Time To Say Goodbye (Con Te Partiro),” “Dream A Dream (Pavane),” “The Prayer” and “Cinema Paradiso.” The EP was recorded at the famous Capitol Studios in Hollywood with two-time Grammy-Award winning producer, Rob Christie.

These songs are currently available on iTunes, eMusic and Amazon.com. Having enjoyed their time recording together, the siblings will be heading back to the studio to complete a full-length CD to be released later this year. 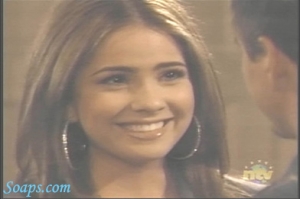 Ross (The Intern) Matthews, from Jay Leno, on Days of our Lives! 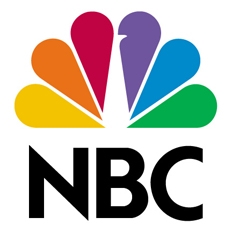