Days of our Lives’ Louise Sorel Out, Deidre Hall, Drake Hogestyn In 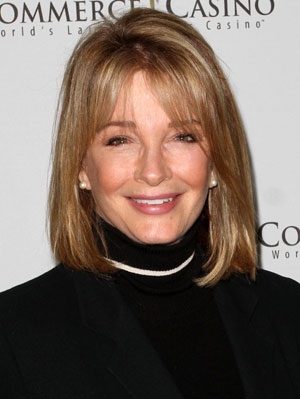 Soaps.com reported earlier that in addition to losing five other DOOL actors, including Crystal Chappell (Carly), Louise Sorel, who plays the divine and vengeful Vivian Alamain, will be leaving the show.

Returning to Salem will be Deidre Hall (Marlena) and Drake Hogestyn (John).

Sorel told TV Guide, “Bren and I have shot some incredible, really emotional scenes together, scenes about his character’s devotion to Vivian, and how she left him. It’s been wonderful, and he’s a very lovely actor. It’s the first time in a while I’ve felt there was something legitimate to play. But I guess that’s out the window. I was told that the show is going back to “core values,” whatever that means. The Bradys and the Hortons, I guess. [Laughs] I’m not sure what “core values” actually means on a soap these days when everyone is corrupt and conniving and stealing babies! And there are so few people left from the old guard. They’re bringing Deidre Hall [Marlena] and Drake Hogestyn [John] back for the summer, which doesn’t mean they won’t continue on for the fall, winter and spring.” To read the rest of the interview, go to TV Guide.

Who else is on the chopping block? Soaps.com will report with the news as it becomes available.

Days of our Lives Spoiler Video: Will Nicole Forgive Taylor?