Crystal Chappell Fired From Days of our Lives. (Updated.) 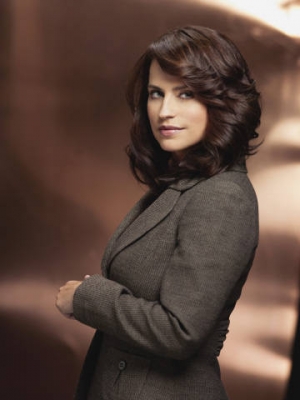 Chappell tweeted that her last day is September 22.

Crystal Chappell (Carly) will be leaving Salem behind. The veteran actress will no longer be part of the cast of “Days of our Lives” after her contract expires in August. On Twitter, the actress stated, “I’m sad but grateful for the opportunity. I made new friends and got ‘VENICE’ up and running thanks to you. I wish ‘DAYS’ much success.” She later added, “P.S. Not the new writers decision.”

Chappell returned to “Days” in 2009 to reprise the role she originally played from 1990-1993. Her final air date hasn’t been announced. Soaps.com will keep you updated as further information is released.

Find out what Crystal had to say about some recent social media comments through Michael Fairman's Exclusive: Crystal Chappell speaks out on Twitter controversy.

For more about new changes behind the scenes, check out Marlene Clark Poulter And Darrell Ray Thomas, Jr. Are Named Head Writers For Days of our Lives. Join us on Twitter @soapoperafan and Facebook. Come tweet and Facebook with us about "Days of our Lives," all the other soap operas, "Glee," "Grey’s Anatomy" and "Vampire Diaries!"